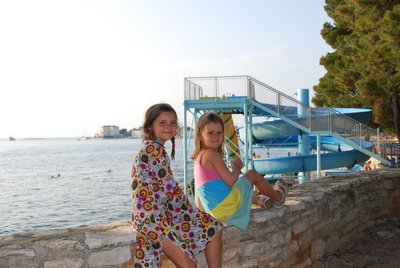 After the blissful nature experience of Slovenia, we weren't quite sure what to expect of North Croatia (the Istrian Peninsula). With only five days to spare, we elected to stay in just the one place - Porec, which is nearly 2000 years old - and make a couple of day trips from there. 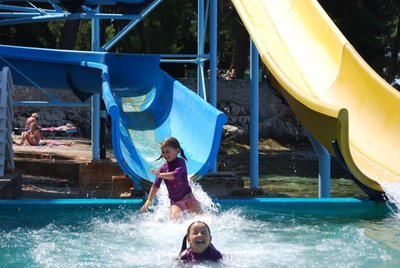 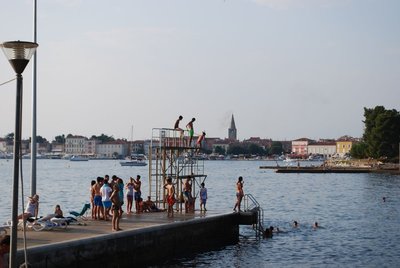 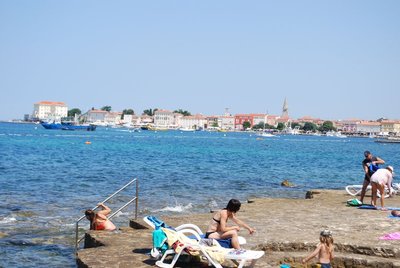 looking toward Porec with a good example of the 'rocky' beach

As it turned out this coastal part of Croatia was very busy with holidaymakers. Our 'resort' - a hodge-podge collection of 3 hotels and a group of apartments run by a mob called Valamar - had a sprawling car park, so each day we'd walk along with the kids and play spot the number plate (all EU members list the country on the licence plate). The count as such usually revealed over 50% Austrian (a throwback to the 19th century Austrian rule perhaps?) followed by Croatian, German, Dutch, Czech, Slovenian, Italian, and Swedish ... an eclectic mix of non-English speaking countries. 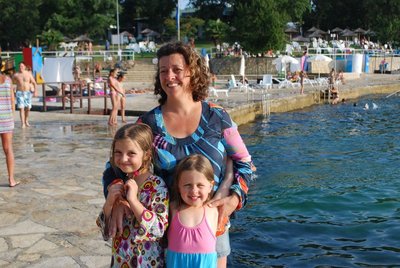 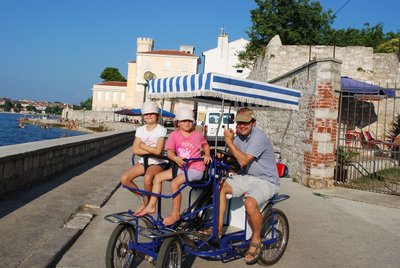 Whilst the resort had a few pools, most activities centred around the beach area 500 metres away, and the 1.5 km pathway around the coast that led into the centre of Porec. There was nothing fancy about this beach area - which was refreshing - and activities from water slides, diving boards, mini golf, mini trains, banana boats and parasailing kept the masses happy. The days we spent here usually involved an early morning dip, breakfast, then a few hours lying on the rocks near the water slide with a picnic lunch. After a siesta, we'd then stroll into Porec - a charming town with the beautiful Unesco listed Euphrasian Basilica. 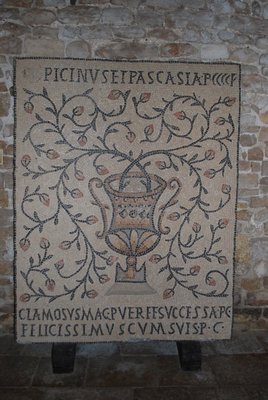 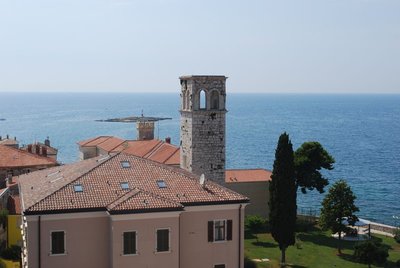 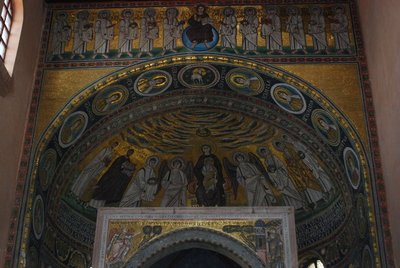 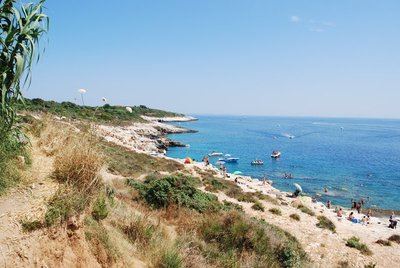 We made a day trip to this nature reserve, which was an hours drive south going past the main coastal town of Pula. Whilst the terrain was dry and scrubby, there were a number of gorgeous inlets to swim and relax in, and we also tracked down the quirky and very popular Bounty restaurant. 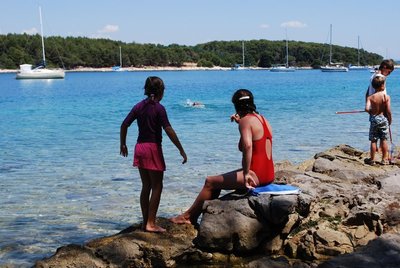 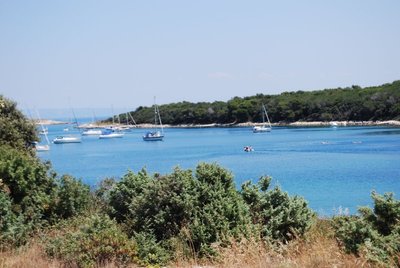 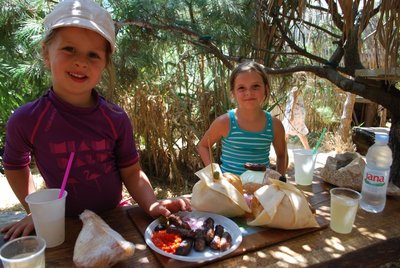 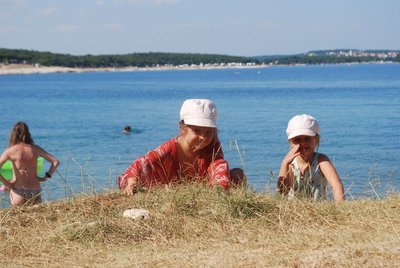 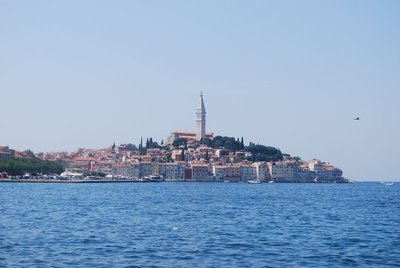 As with most main towns in this part of the world, the name is also listed in Italian, reflecting Italian rule between WWI and WWII before this part of the peninsula reverted to Yugoslavia. Rovinj is the tourist highlight of the Istrian Peninsula, and is a stunning town jutting out into the Adriatic (it was once an island, but the gap was filled in 1763). Of course such beauty doesn't come without a cost, and the tourist numbers were high in the cobbled streets. We spent a pleasant few hours walking these streets and alleyways, and departed with ambitions to return again one day (in a large boat as Lisa was dreaming!). 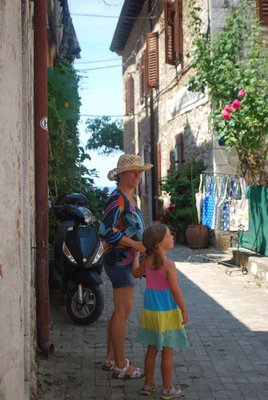 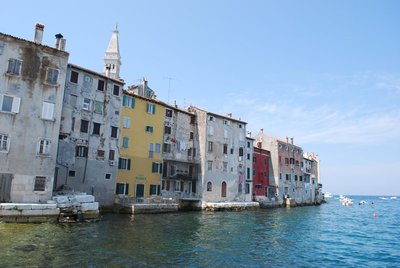 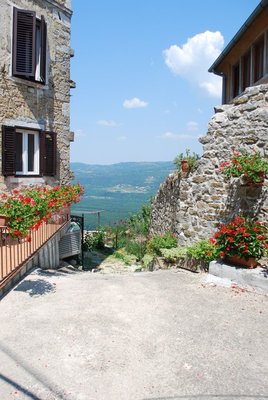 We visited this spectacular medieval village on the drive up to Trieste. Unbeknownst to us, most of the village had been booked out the week before by some Google heavyweights for a wedding, so the arrival of a bedraggled Australian troupe hardly caused a ripple! Lovely views across the nearby valleys are the norm, and we ate a traditional Istrian lunch at a place called Pod Napun. 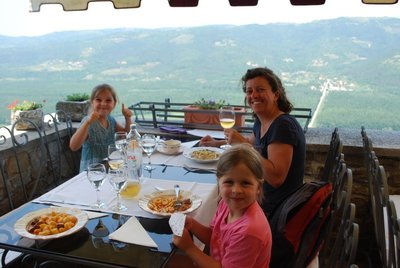 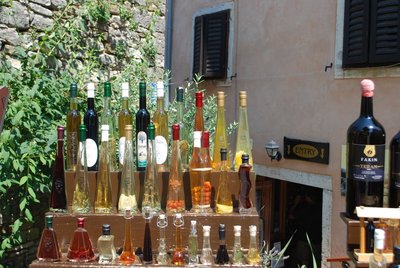 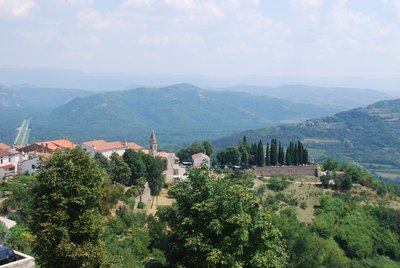 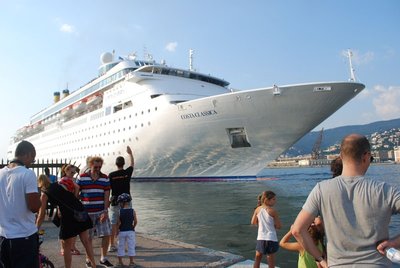 the new Costa ... one of many cruise ships through the busy port

The drive to Trieste passes through three countries in quick succession (Croatia, Slovenia, Italy), and we empathised with the huge logjam of cars coming the other way - passport control still exists between Slovenia and Croatia, so they were in for a 3-4 hour wait.
Trieste is only 30kms from the Slovenian border, and was a key port in the Habsburg Monarchy during the 19th century. After WWI it became part of Italy, and is now capital of one of Italy's most prosperous regions. 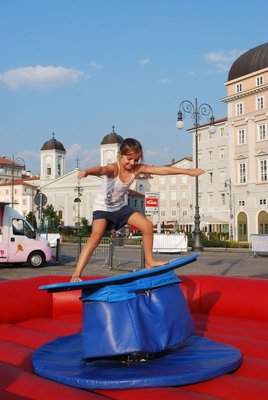 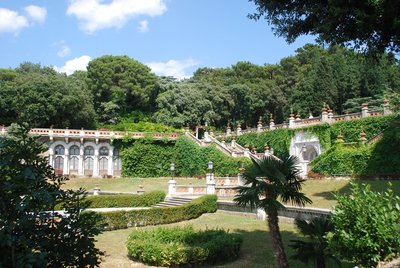 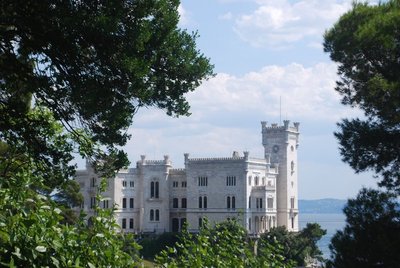 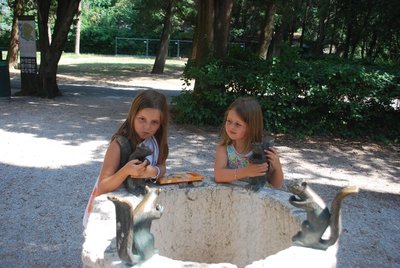 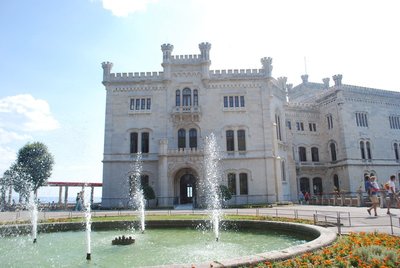 We enjoyed a couple of days here soaking up the port atmosphere, and visiting the main attraction which is Castello Miramare - built in 1856 for Archduke Maximilian. A four hour train ride on Monday - via Venezia - returned us to Bologna, and our additional suitcases! London was beckoning ...
.

Previous Next Table of contents

Another great post. Disappointed to hear they will be stopping in September. On the other hand, Claire wants you all to come and live with us when you get back, for a while at least.

by Pat the rat

This blog requires you to be a logged in member of Travellerspoint to place comments.

If you aren't a member of Travellerspoint yet, you can join for free.